10 Things Every Parent Should Stop Doing

As parents, we all want to do the best job we can in raising our kids. However, despite our best intentions, we often do things that we should stop doing. Today, I’m going to share 10 things every parent should stop doing.

The list includes things I struggled with from time to time while raising our eight kids. There were times that I would realize what I was doing and had to tell myself to just STOP. 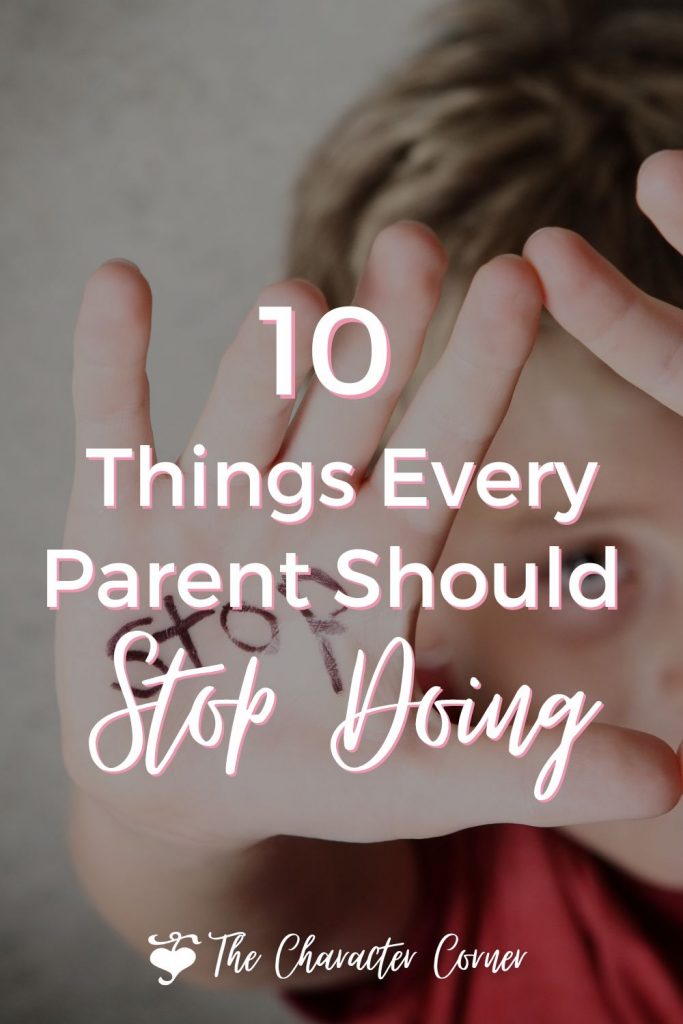 10 Things Every Parent Should Stop Doing:

If our kids have the ability to obey after we have told them something three or four times, they are capable of obeying the FIRST time!  Why not require it? When our kids are in the habit of not obeying till the 3rd time they have been told, they are doing so with our permission. We’ve unintentionally trained them that way by not requiring them to obey the first time. We need to stop being parents who make excuses for their children.

What parents should never say? Well, one thing is to stop saying things we don’t mean or won’t follow through on. We should stop saying things like: If you don’t do what you’re told, you’re going to be in big trouble! Repeating our commands or giving warnings to get them to listen, is training them to disobey. Children need to learn at a young age that they need to listen to the authority of their parent’s words. Tell them a few times that they must be obedient, then hold them accountable to listen and obey the first time.

3. As a parent stop being hypocritical

How should parents treat their children? Leading by example is a great place to start. It is wrong to hold your kids to a higher standard than you hold for yourself. If we don’t live it, we shouldn’t expect our kids to live it. They can see right through that and will lose respect for us.

What are some toxic things parents do?

4. Stop being too proud to admit when you are wrong

As parents, we need to be willing to acknowledge and admit it when we have made a mistake, or we are wrong. Don’t excuse or justify your wrongs, but admit and ask forgiveness. They will learn to appreciate that and grow to respect you in the process. Plus we show them that we are all imperfect and need forgiveness at times.

What are some do’s and don’ts as a parent?

When do you stop parenting? As our kids get older, we need to gradually increase their independence and we need to stop doing everything for our children. They may fail, but that’s how they learn. If we never step out of the way and let them try new things, they won’t learn. We also need to stop protecting them from the consequences of their wrong behavior. If they steal a pack of gum from the store, make them go back into the store, apologize, and give it back. Our kids need to learn that they have to answer for their actions.

7. Stop criticizing or lecturing them when they share their thoughts with you

When our kids open up their hearts to us, it is NOT the time to lecture or give them OUR thoughts on what they like, want to do, etc. That teaches them that you aren’t “safe”, and they will quit sharing their hearts with you. An example of this (from my own experience) was the time my teen son told me that he wanted to save his money and get some expensive sports car. My immediate (wrong) response was: `”Oh, that’s such a waste of money!”

To him, I was saying that his desire was stupid. Why would he want to tell me his thoughts and open his heart to me again?

Now I think that there are times when we should sit down and address concerns about things our kids have shared with us, but NOT when they have just told us. WAIT, and bring it up in conversation at a different time, and talk about different thoughts that relate in a non-critical way.

8. Stop scolding or punishing them for something they’ve done in an area where we haven’t trained them

We shouldn’t just expect our kids to know what behavior is acceptable or appropriate if we have never taken the time to sit down and train them in that area. For example, don’t get upset if you take your child to the store and they start running or touching everything if you never took the time to explain to them how they should behave.

How can I be a good parent? Before you go to the store, tell them what your expectations are and do some training to prepare them.

We shouldn’t scold or correct our kids in front of others, or talk about their wrong behavior to others. We need to treat them with respect and discipline them in private. This isn’t just when they are with their friends, but in the home also. We should correct privately, rather than embarrass them in front of their siblings.

1o. Stop comparing yourself to other parents

It’s easy to fall into the comparison trap, and feel guilty because you don’t take your kids to the library once a week like other moms, you don’t read to them for 30 minutes before bed, etc. Stop comparing, and focus on being faithful to what God has called you to do in your family, not what someone else is doing in their family!

Join me for our FREE How To Parent Intentionally 7 Day Challenge! 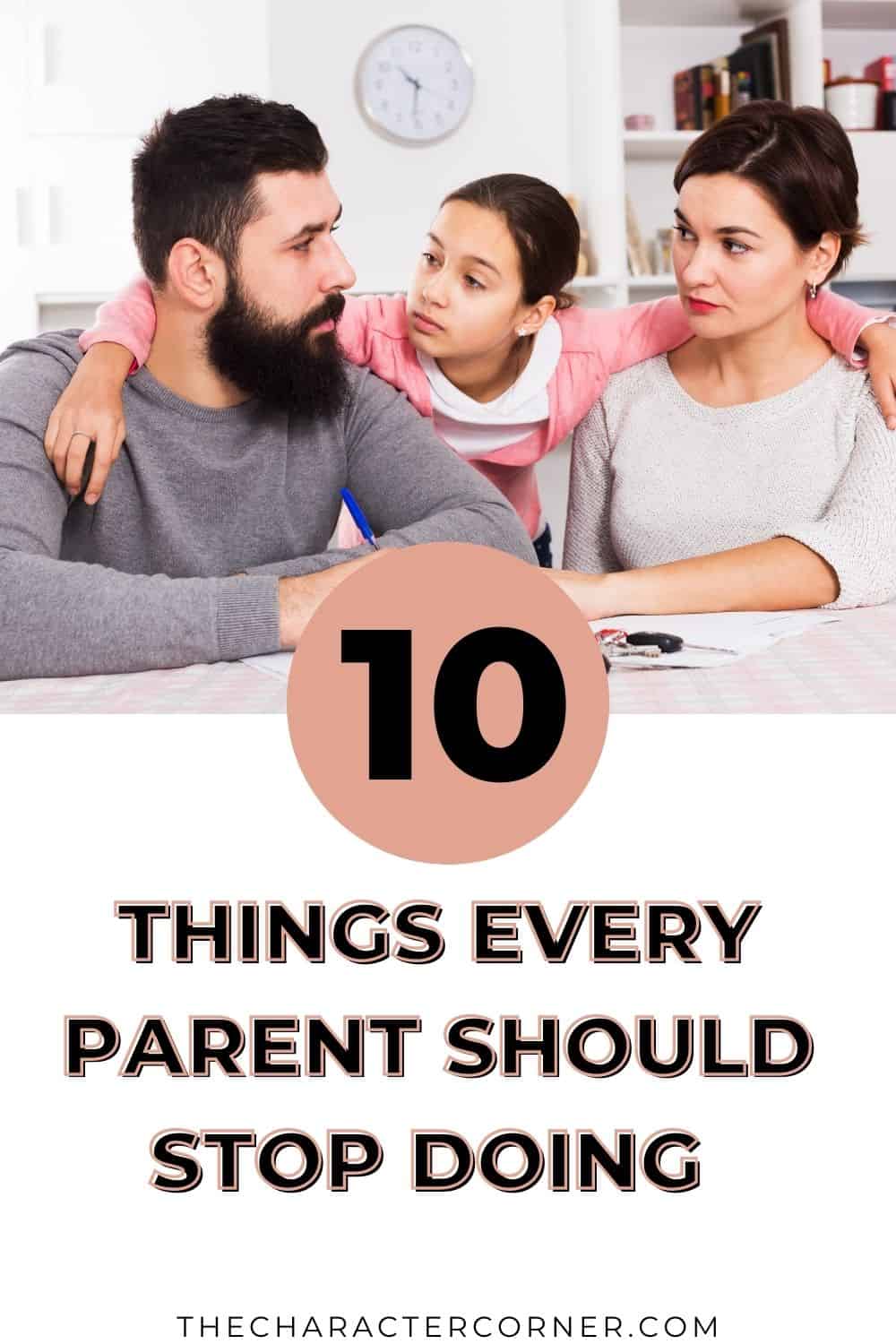 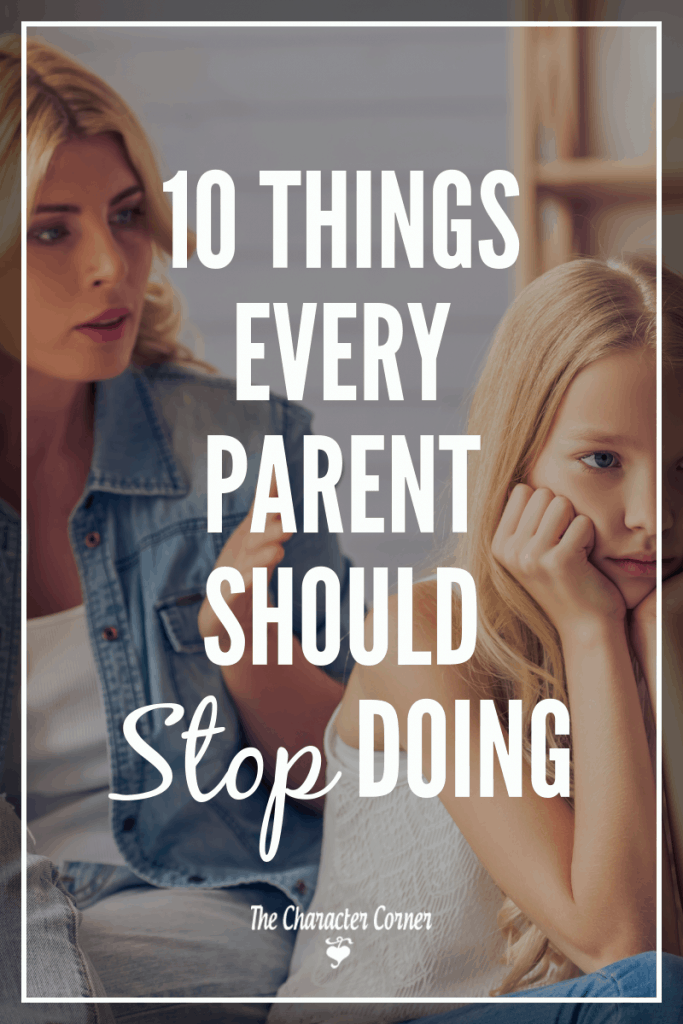 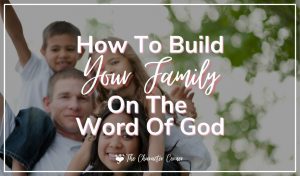