3 Mistakes When Parenting a Prodigal

Parenting mistakes. We all make them! I’ve shared with you before, some of the mistakes I’ve made in my own parenting which are very common.

But as I’ve been thinking back on my parenting journey, God has impressed some thoughts on my mind. Thoughts related to parenting mistakes that we make when we have a prodigal child.

Let’s take a look at 3 mistakes we can make when parenting a prodigal:

I think there can be a wide range of behavior that describes a prodigal child. Some may be showing some beginning signs of rebellion where others may be living in outright rebellion to what they have been taught from God’s Word.

I’ve been guilty of many mistakes at different times. Especially when I was concerned that one of my children was going in the wrong direction, or headed towards becoming a prodigal. 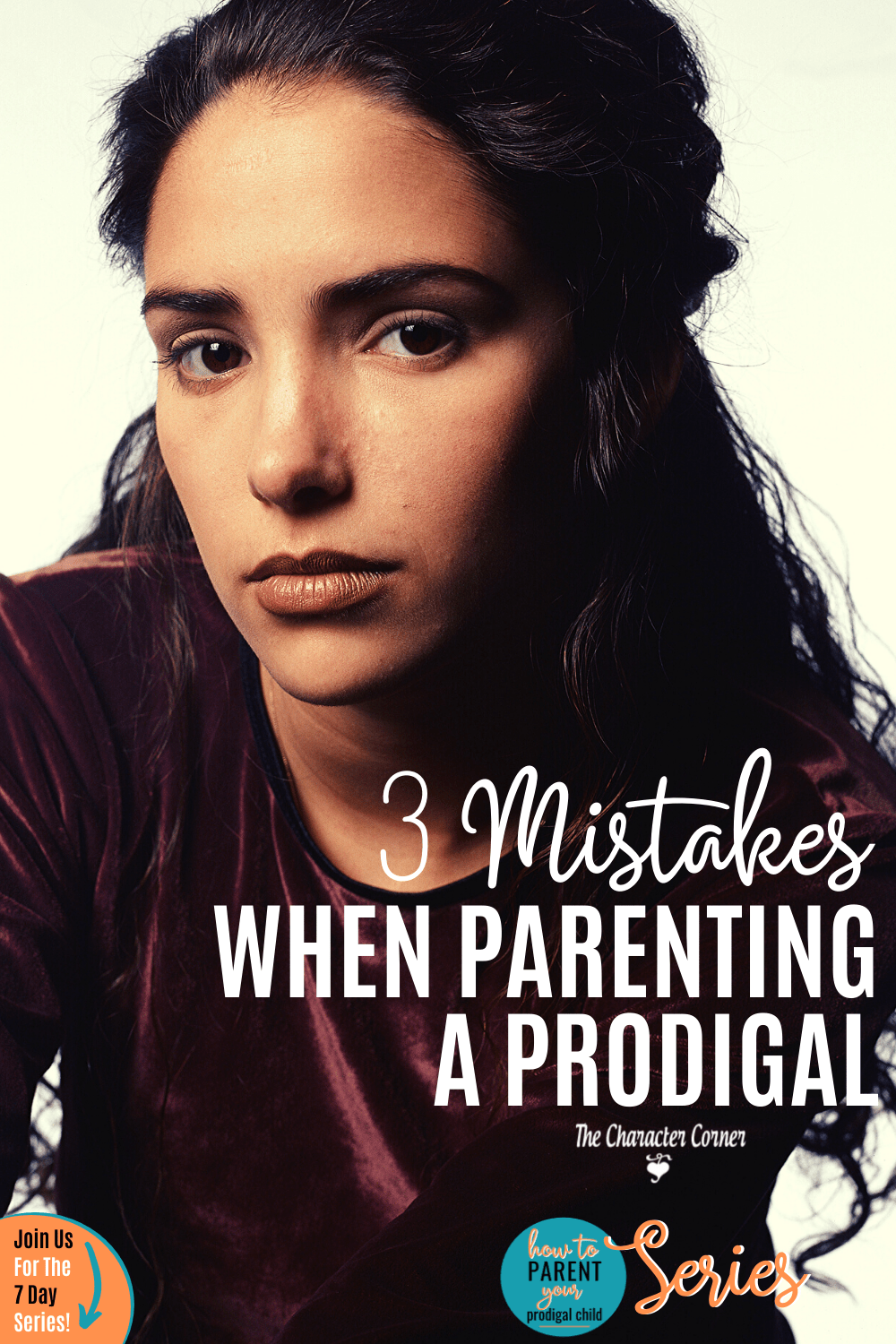 1. Fretting over your prodigal child

As parents who spend time investing in the training of their children, we long for God’s blessing on their lives. When we see them making choices that we know can bring unpleasant consequences, it is easy to begin to worry.

If we aren’t careful, we can become consumed with worry.  God doesn’t want us to carry that burden, but rather give it to Him.

There have been many times over the last 34 years of raising our eight kids, that I would lay in bed fretting over a prodigal child. Again, it may not have even been a big, major issue. However, I knew there was a heart problem that could lead to those major issues, and I had trouble letting go.

I had to intentionally picture handing the situation to God, and letting go. Often, I  realized I was holding it again and would repeat the process of saying “God, I know you are in control, and You have told us to cast our cares on You. I give You this burden, and ask You to carry it for me.”

Remember that fretting and worrying accomplishes nothing, other than stressing you and wasting precious energy!

2. Talking to others about it, rather than praying for your prodigal.

Recently I had a conversation with one of my kids that immediately caused me to be concerned about the way they were thinking and where it would/could lead. I tried to communicate my concerns, but didn’t feel that I got too far with that. I walked away from the conversation wondering why so many of our “good Christian kids” are struggling so much with the issues they are.

My wondering then led me to think that I really wanted to talk to a certain person and get their perspective and opinion about it.

Immediately, God convicted me about the fact that I was so eager to run to talk to others about it when I had not even brought it to HIM!! (By the way, I think it is wise to seek advice and counsel about your kids if they are struggling, but be sure to seek God first.)

3. Taking it personally, rather than realizing that it is a spiritual battle.

It is so easy to get caught up in the conflicts we have with our young people that we begin to allow it to become a personal thing — us against them. We allow the conflict to damage the relationship, which is exactly what the devil is hoping to do! One of his biggest tricks is to get us fighting against each other. We are on the same side, and should be fighting together against him,  not each other!

Whenever you are having rebellion problems with any of your kids, immediately recognize it as spiritual warfare, and put on the armor of God. Seek His strength, power, and wisdom as you partner with God to love your child and not fight against him, but for him. The best thing you can do is seek to restore the relationship with your child and win their heart back.

Having a wayward child is a difficult thing to deal with, but God will give you the grace and strength you need. He invites you to come to Him for wisdom and to cast your cares on Him. Don’t carry the burden alone, but take it to Him!

Mom, you don’t have to navigate how to parent your prodigal child on your own! We have put together a 7 Day Series to help you!

Join us for the ‘How to Parent Your Prodigal Child’ series and learn how to parent a child who isn’t interested in your faith, the pitfalls of parenting, how to survive parenting a prodigal child and much much more!

Or … sign up below so you don’t miss a thing! Get the post delivered straight to your inbox.[activecampaign form=198]
Make sure to take a moment to see our incredible sponsors below!

8 MISTAKES OF PASSIVE PARENTING TO AVOID AT ALL COSTS

HOW TO SURVIVE AS THE PARENT OF A PRODIGAL

HOPE FOR THE MOTHER OF A PRODIGAL CHILD

THE IMPORTANCE OF WINNING THE HEART OF YOUR PRODIGAL 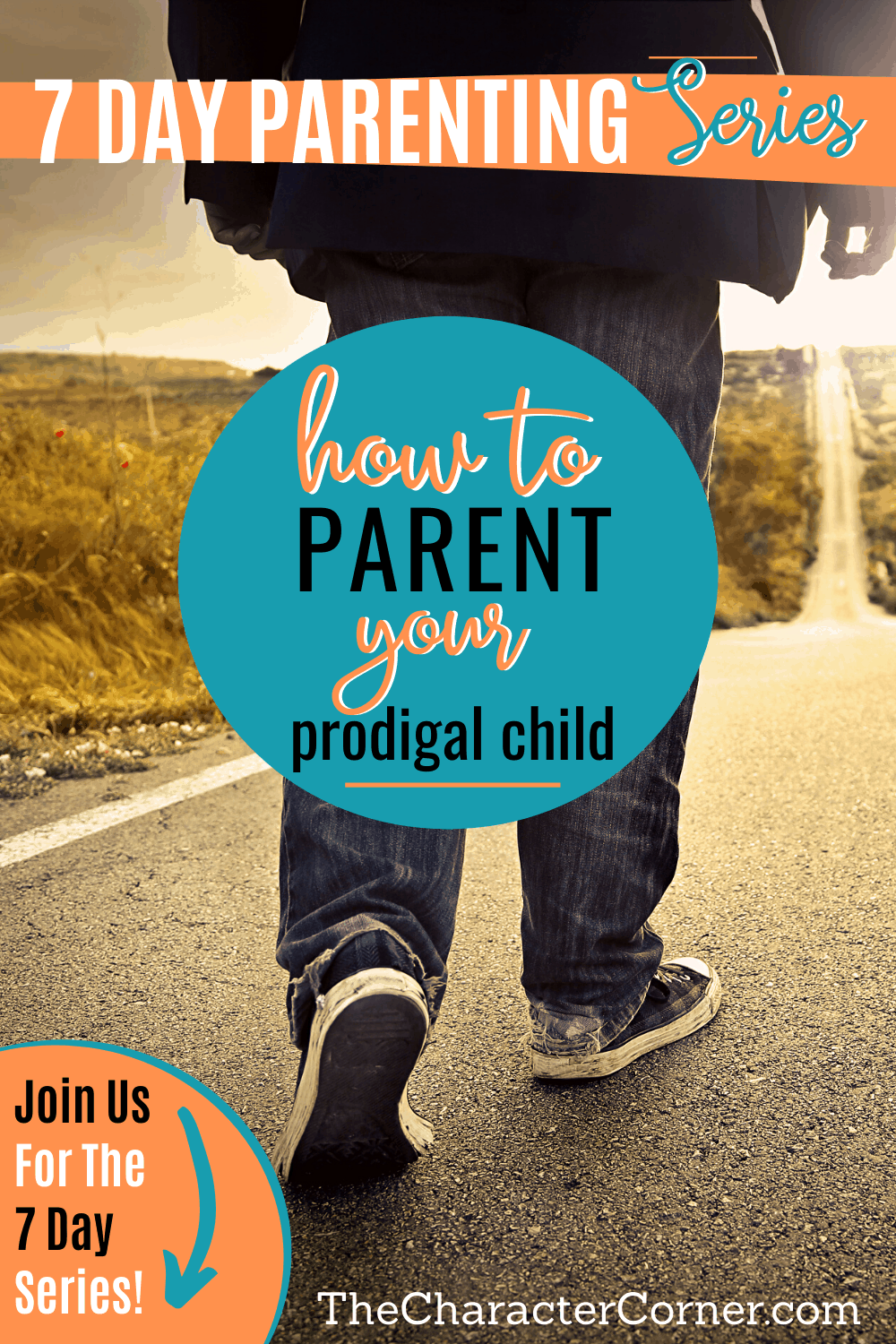 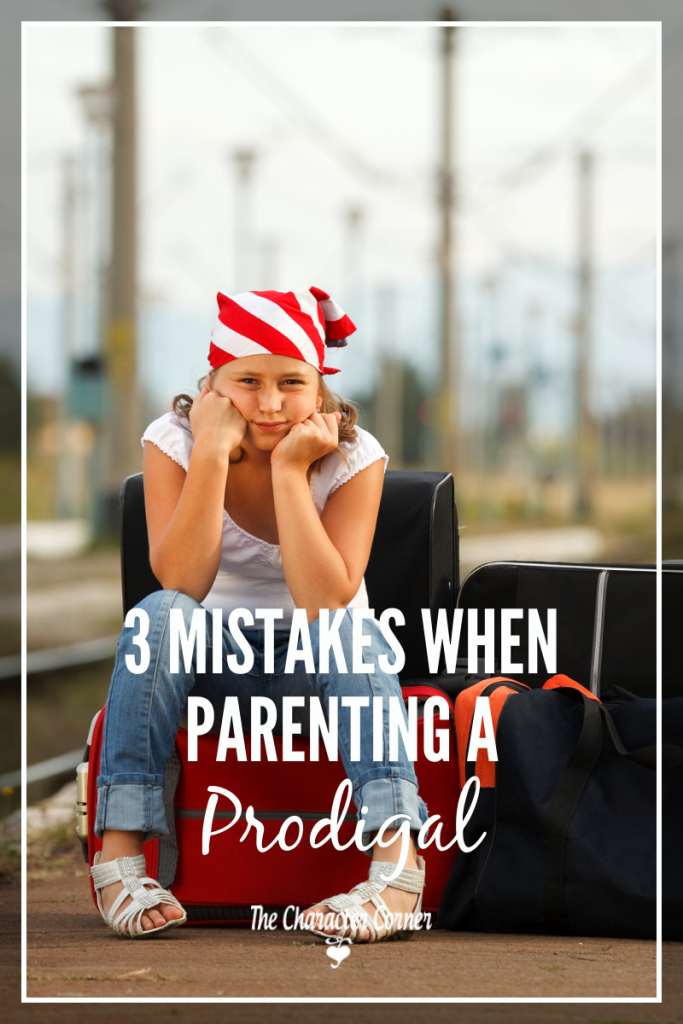