My husband and I have 8 wonderful children. We never experienced infertility. When my oldest son and daughter got married, they also both had kids within the first couple of years.

Imagine my surprise then, when my second oldest daughter, Ruth,  got married and had problems with infertility! This is my daughter who always just wanted to be a wife and mother.

Often, we tend to think we can choose when to have children. Even how many children we will have. But in reality, it is in God’s hands!

There’s nothing more heartbreaking for a couple than wanting a child, but not being able to conceive. My daughter Ruth, went through two years of tears, and heartache. But she would also be the first one to say that she is glad for what she learned during that time.

My daughter wrote her testimony about her infertility journey. I’m going to share that with you over these next posts.

I hope it will encourage any of you who are learning to trust God through infertility!

Let me just start out by saying that I believe life is precious and miraculous. Whether you have one child or one dozen, children are a blessing from God.

Having said that, we feel especially blessed by my pregnancy, and we have been calling this our “miracle baby.”

Allow me to share our infertility story and how I learned to trust God in the process.

For the first year of our marriage, I did not have health insurance. I was able to get it after our 1-year anniversary, and Rob & I began “trying for pregnancy,” as they say. We had felt ready for this at least 6 months earlier, and now we were really anxious to get going with our plans. God had other plans, however…

Pregnancy did not happen over the next 6 months, which was an unexpected jolt to us, as we had not expected to have any problems. I made an appointment with my doctor. Hormone levels were tested, and some of mine were found to be extremely low, so in an effort to kick things into gear, I began taking a prescribed supplemental hormone.

We were encouraged as this appeared to be an obvious infertility problem with an obvious solution – or so we thought.

3 months later, the change in my levels was so very minuscule, it was discouraging at best, and I cried as I began to recognize the painful fact that maybe this wasn’t going to be as easy as we had thought.

My dosage was upped. We re-tested 3 months later, only to find that once again, my levels had budged ever so slightly, but were still dangerously low. My doctor warned that if we were to somehow become pregnant at this point, my body would not even be able to sustain the pregnancy due to the low progesterone level.

By this point in time, my infertility journey had already begun to turn very painful.

I began to wonder where this was all going to end, or if it was going to end. I had never considered the thought that I might be one of those women who might never be able to get pregnant. It felt like my heart’s desire was being wrenched away from me, and it hurt with a pain deeper than I could have ever imagined.

Trusting God for a Baby

We made an appointment with a specialist. They were very encouraging and optimistic about my chances at pregnancy, our course of treatment, etc. But here is what happened next.

Month number one: my body did not respond to the medication at all, so they doubled the dose for a month.

Month number two: once again, nothing.

Month number three and four: they tried another medication which seemed to have slightly better results, but still nothing.

Month numbers five and six came and they added another medication, with even better results, but still no pregnancy. 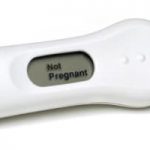 Read the rest of my infertility story in these posts:

Dealing With The Pain of Infertility

Supporting Those Dealing With The Pain Of Infertility