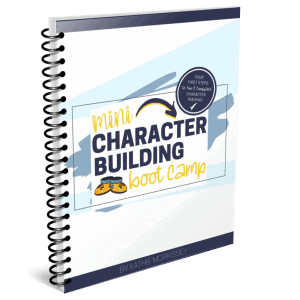 As homeschooling parents who are striving hard to raise their children for God, anger can be the biggest obstacle that stands in our way.

I would go so far as to say that uncontrolled anger is a homeschool destroyer.

By the way, just to be clear on this, I am not talking about the parent who gets mad every once in a while and yells at their children. I think all of us would admit to having done that. 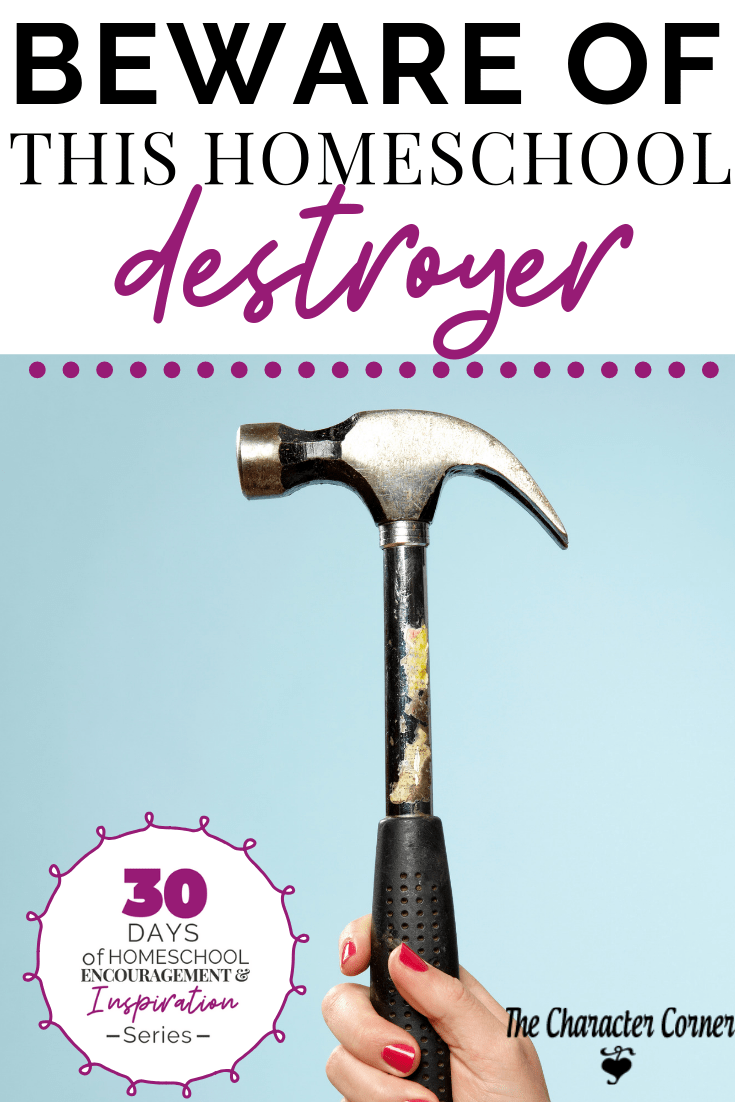 Why is anger so damaging?

2. When we repeatedly treat our kids harshly and don’t make it right, it will cause them to harbor hurt and bitterness, and that will, in turn, cause them to close their hearts to us.

Instead of the child thinking about the fact that they did something wrong, they think they are in trouble for upsetting us. Their focus then changes from correcting what they did wrong to avoiding your anger.

The behavior may change temporarily, but it’s not going to be a lasting change because the heart issue wasn’t addressed.

When we “intimidate them into subjection” (by our anger) we will only get outward compliance.

Our goal should be to win their hearts into submission.

If one, or both, parents have an angry spirit, there’s a pretty good chance that your kids have a little bit of one too. This makes for an unhappy home, with lots of contention, rather than a peaceful home.

Remember, anger itself isn’t the problem. It’s how you respond to that anger that matters.

How to respond to your anger:

Beware of anger being a homeschool destroyer! Don’t let it ruin your homeschool. Instead let it serve as a trigger to help you be an even better parent.

Don’t miss the rest of the posts in the series! 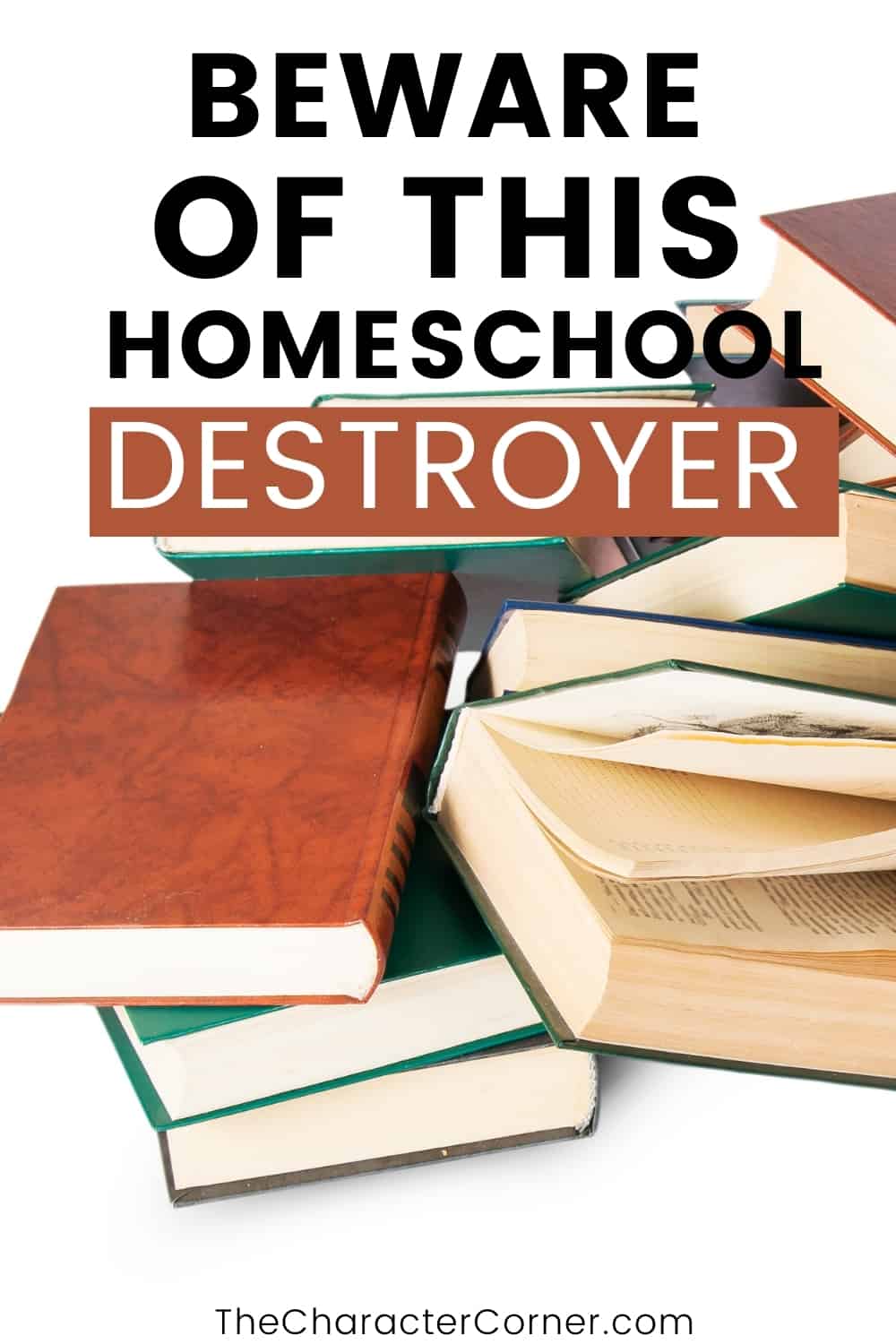 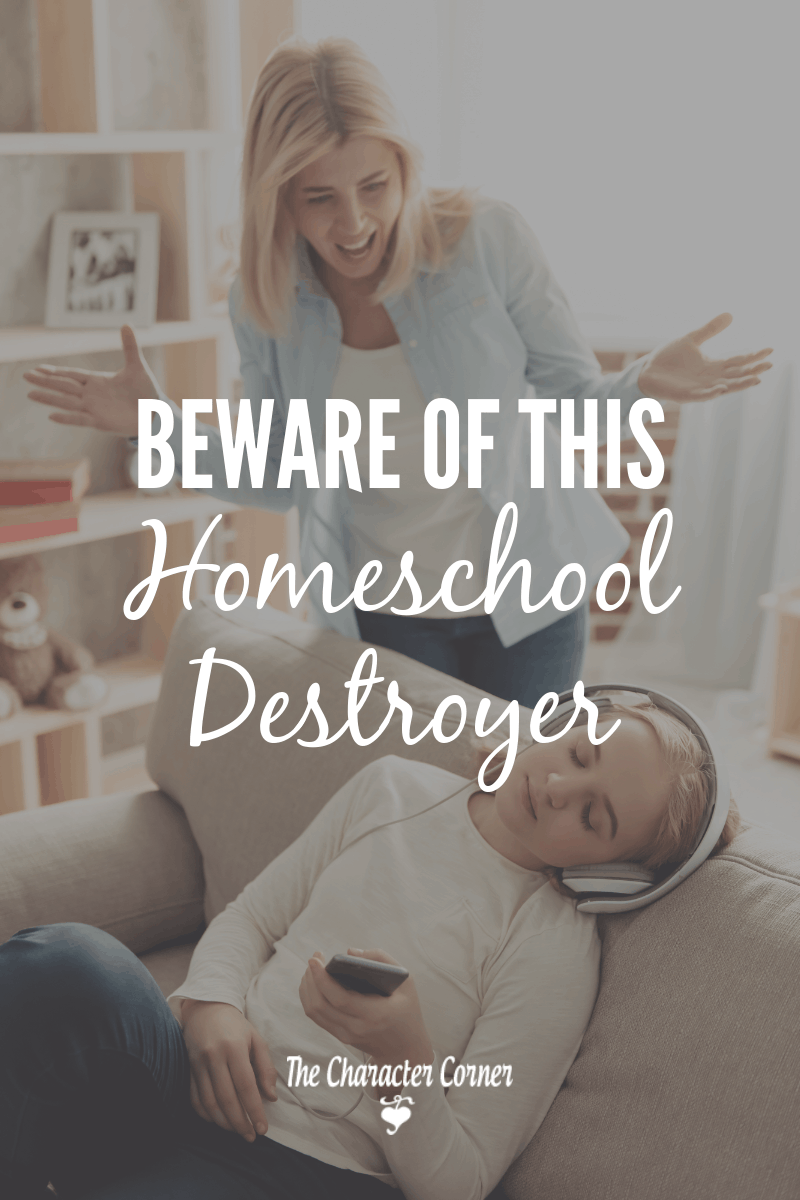 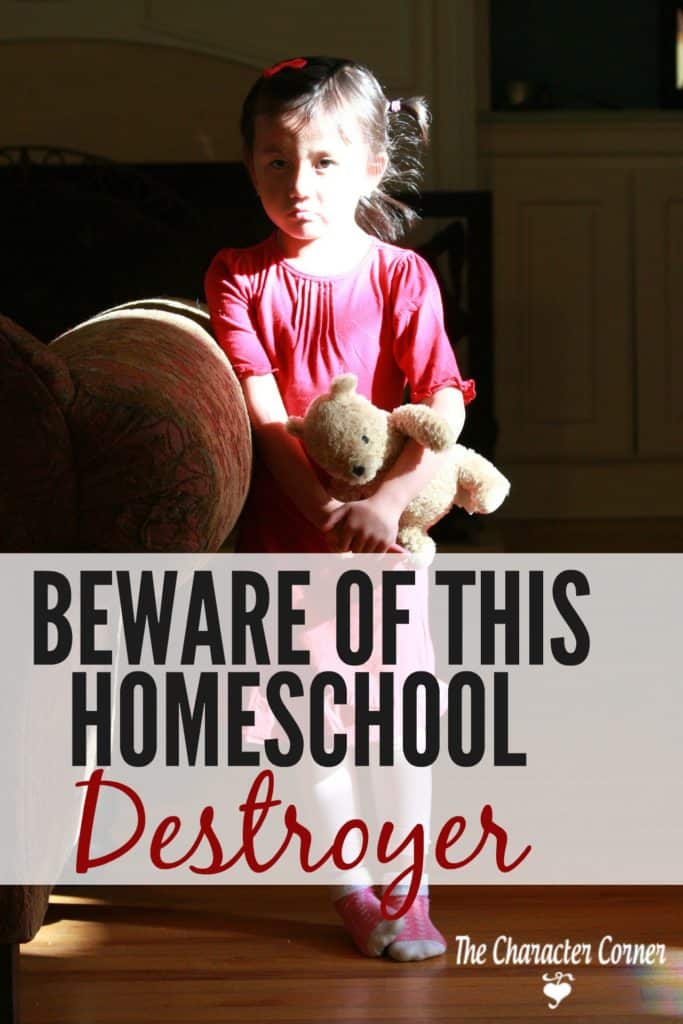 Encouragement For The Parent Of A Prodigal Child

4 Tips For Getting Through Spiritual Dry Spells 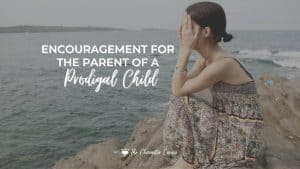 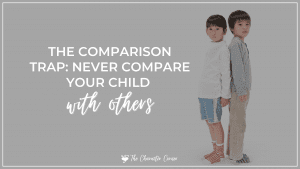 View cart “Mini Character Building Boot Camp” has been added to your cart.